Round off Fair Saturday with a rave…hosted by the Lord Mayor of Cardiff!

From 7pm – 1am on November 30th the Old Library will host an eclectic range of DJ’s, including Craig Bartlett and the Lord Mayor himself, as the city parties in celebration of its first year as part of the global ‘Fair Saturday’ movement which aims to respond to the consumerism of Black Friday by bringing people together to support social and community causes.

Tickets cost £10 in advance with all proceeds donated to the Lord Mayor’s two chosen charities – Welsh Women's Aid and Bawso.

Shortly after launching in 1994, Time Flies was reported by Mixmag to be “the best thing to happen to Wales since Gareth Edwards’. Cardiff’s very own Craig Bartlett was on the decks from the very beginning and has been synonymous with the dance music scene in the City ever since. He runs his own club night, L’ America playing distinctive house music rooted somewhere between the hazy UK 90’s and the Chicago club scene.
Craig also works for Cardiff Council as a youth worker, and has used his skills over the years to mentor young people from around the City.
https://www.walesonline.co.uk/whats-on/music-nightlife-news/world-renowned-djs-partying-until-14202402

You can read about the Dirty Pop story here:
https://clwb.net/i-left-my-head-and-my-heart-on-the-dancefloor-10-years-of-dirty-pop/

Nic started one of Cardiff’s most popular club nights, Shangri-la, when he first moved to Cardiff 10 years ago. His events have played host to some of the biggest names on the world stage including, Jamie Jones, Kolsch and Duke Dumont. Nick has played uplifting house and techno sets everywhere from Cardiff to London to Ibiza, and made his debut at Glastonbury last summer.

You can listen to some of Nick’s mixes here: https://soundcloud.com/nick-saunders/babylon-cardiff-mix-september-20th

Dan will be playing a guest set as part of this special evening. He has serious musical pedigree having once played in a band with Pete Doherty. We understand he’ll be playing some of his favourite indie tracks and a few surprises. The event is very much in keeping with Dan’s values and his aim to make the role of Lord Mayor more accessible (and dare we say, fun).

Caro claims he’s very much a beginner, but rumour is he has several live shows under his belt and plays some mean techno and electro. Expect a mix of tunes, from underground techno to upbeat electro pop. Caro represents the Riverside ward and is also a Cabinet Member. We’re not sure if he’s the only politician banging out industrial techno, but we haven’t heard of any others.

You can listen to some of Caro’s mixes here: https://soundcloud.com/caro-william-wild/mixtech-78

What is the Handling Charge for?

To ensure tickets are delivered safely and securely and to keep the price as low as possible for you, the ticket buyer, Shangri-La generally uses our E-ticket system unless otherwise stated.

For this service we charge a small Handling Fee to cover the debit/credit card processing fees, customer services, processing and distribution of tickets and our secure server costs. We always try to keep these costs to an absolute minimum. If you feel at any time that our prices are not fair or competitive we'd be happy to hear from you.

If you have ordered physical paper tickets there is a further Delivery cost added to cover the delivery of your order through the Royal Mail network.

We always endeavour to keep these costs as low as possible to merely cover the costs of postage. We only charge you one Delivery cost per order so if there is a big group of you recommend purchasing larger amounts in one order.

When you purchase tickets through Shangri-La, the full face value of the ticket is shown. This price is the price set by the event promoter and we pay this full amount to the promoter without any deductions. 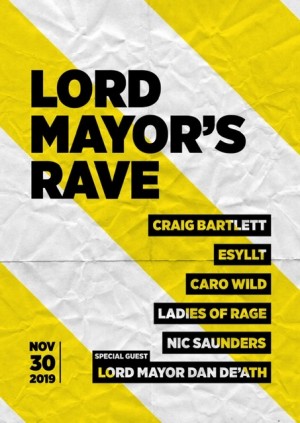